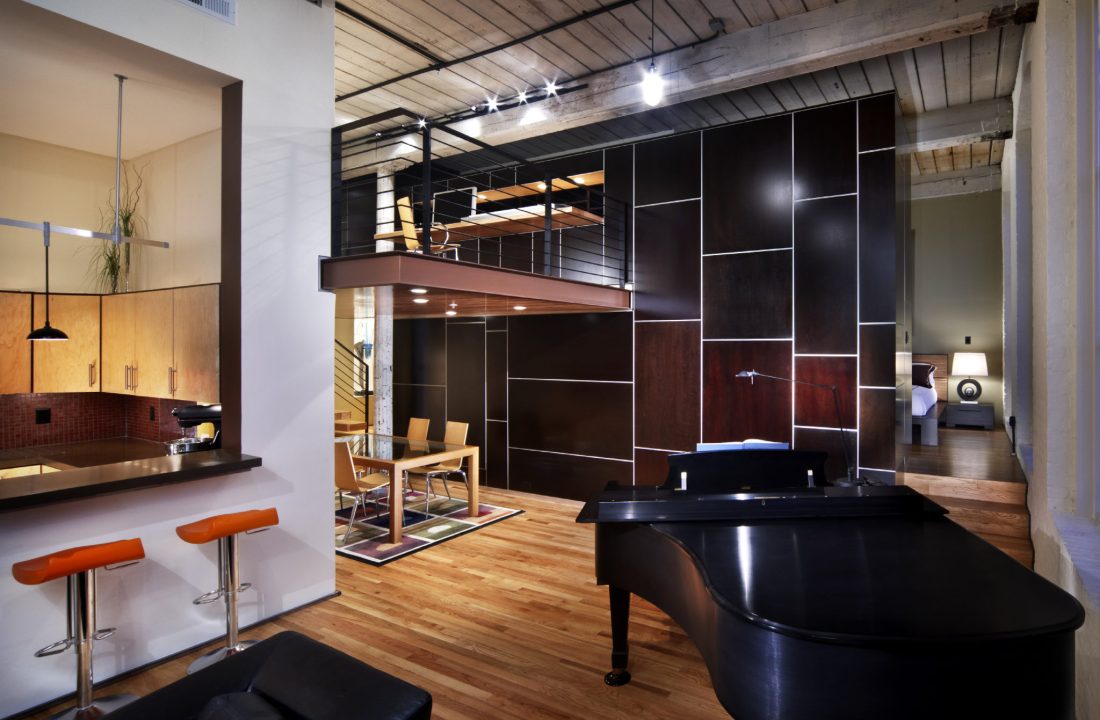 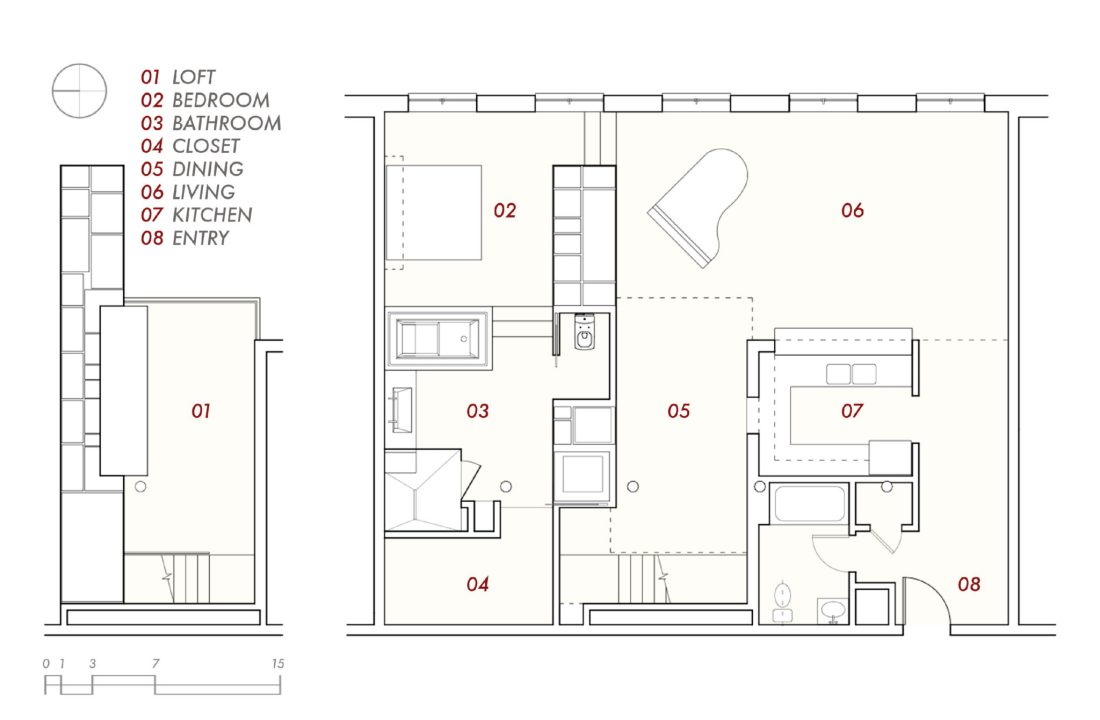 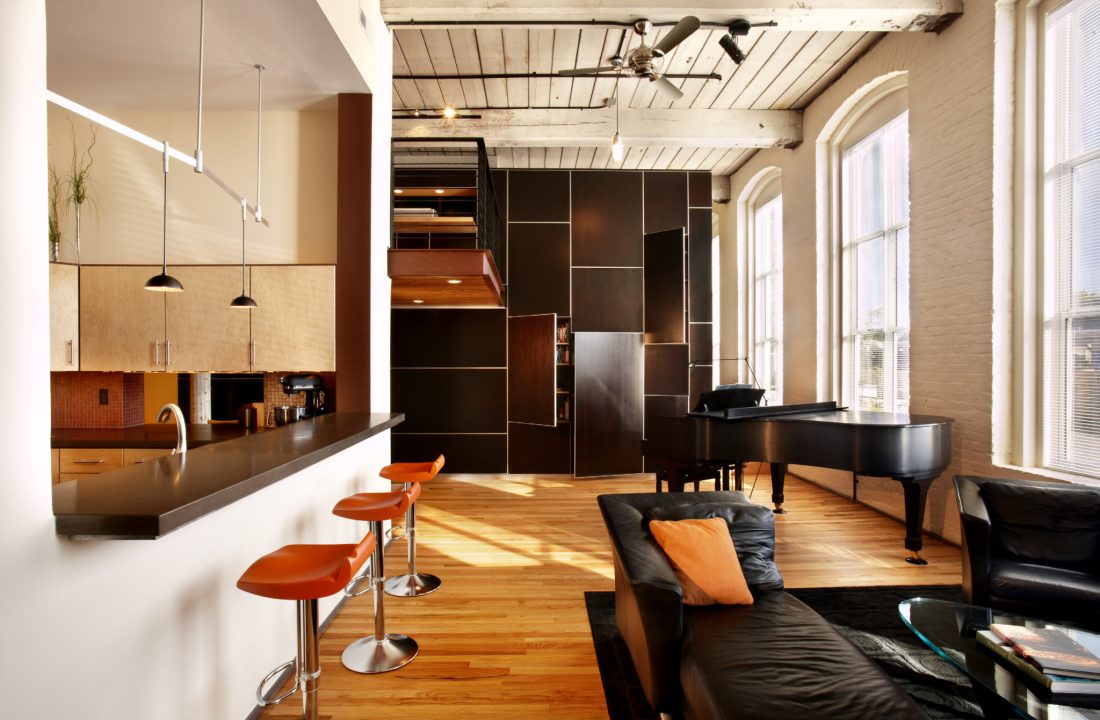 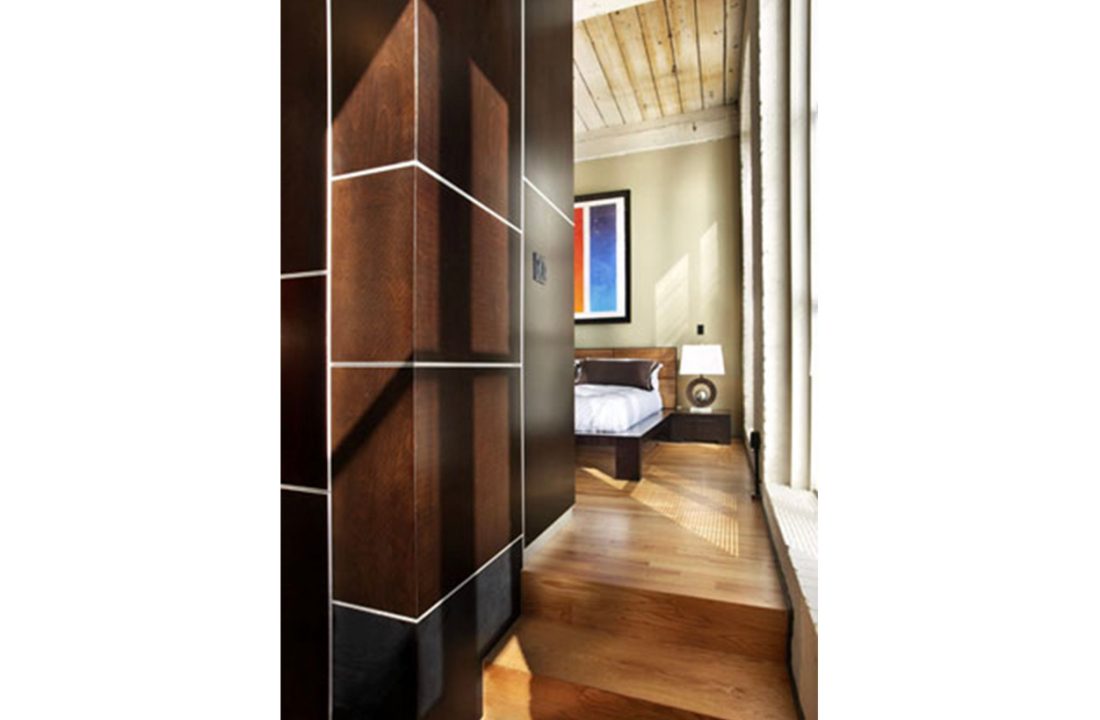 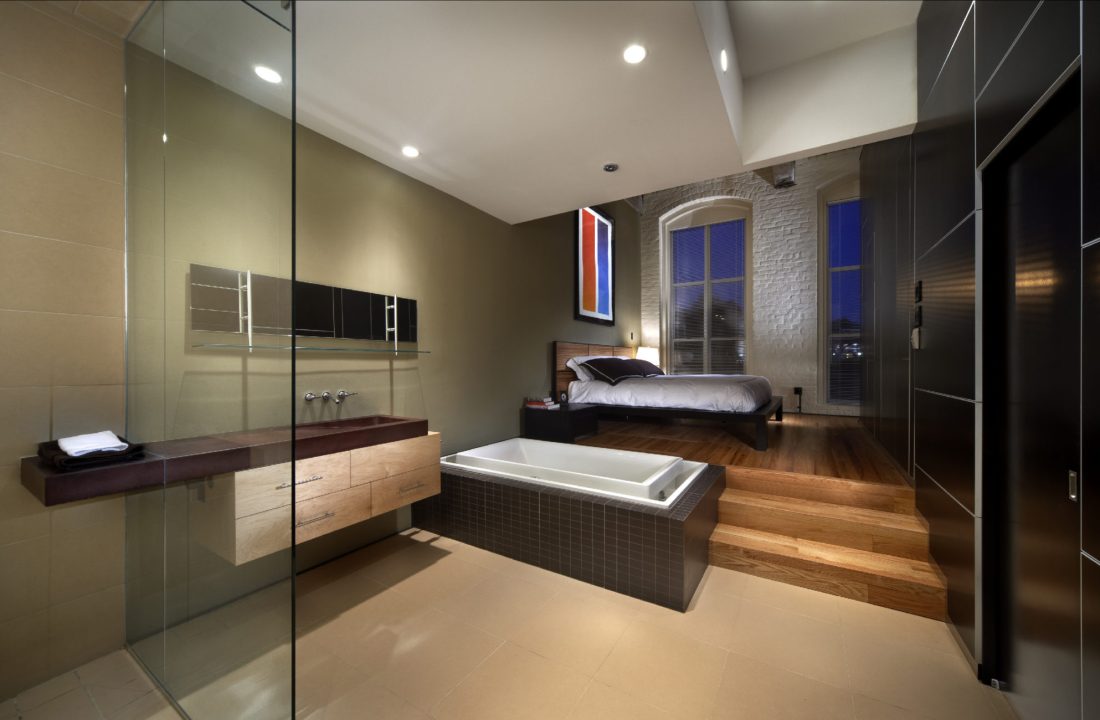 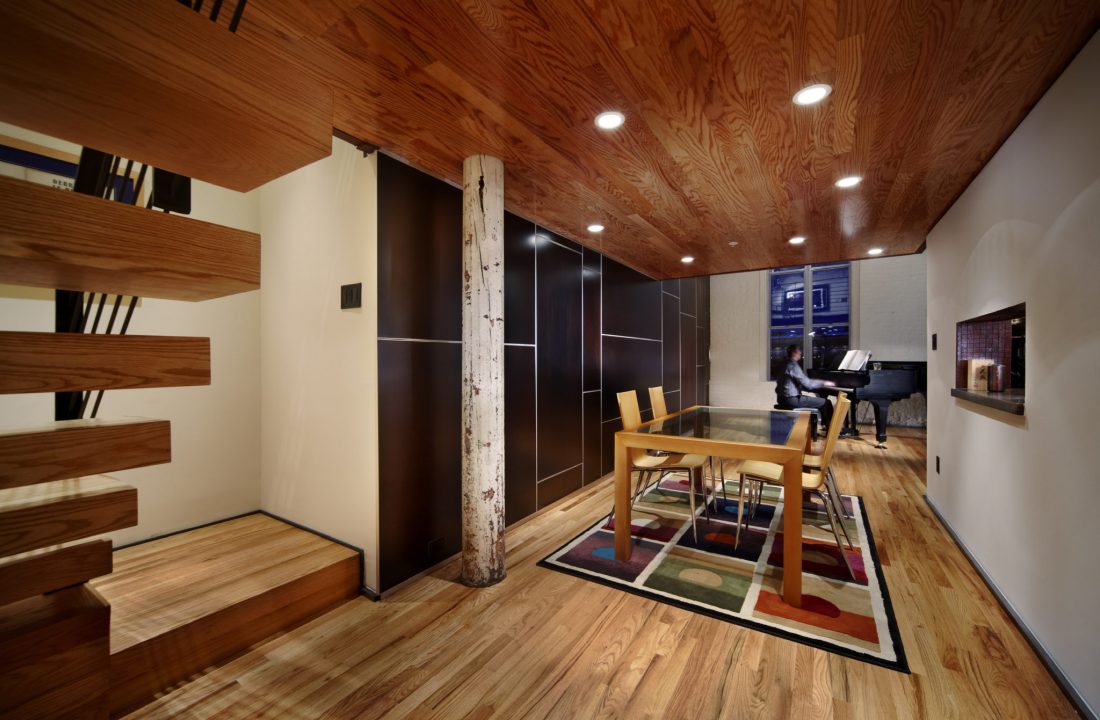 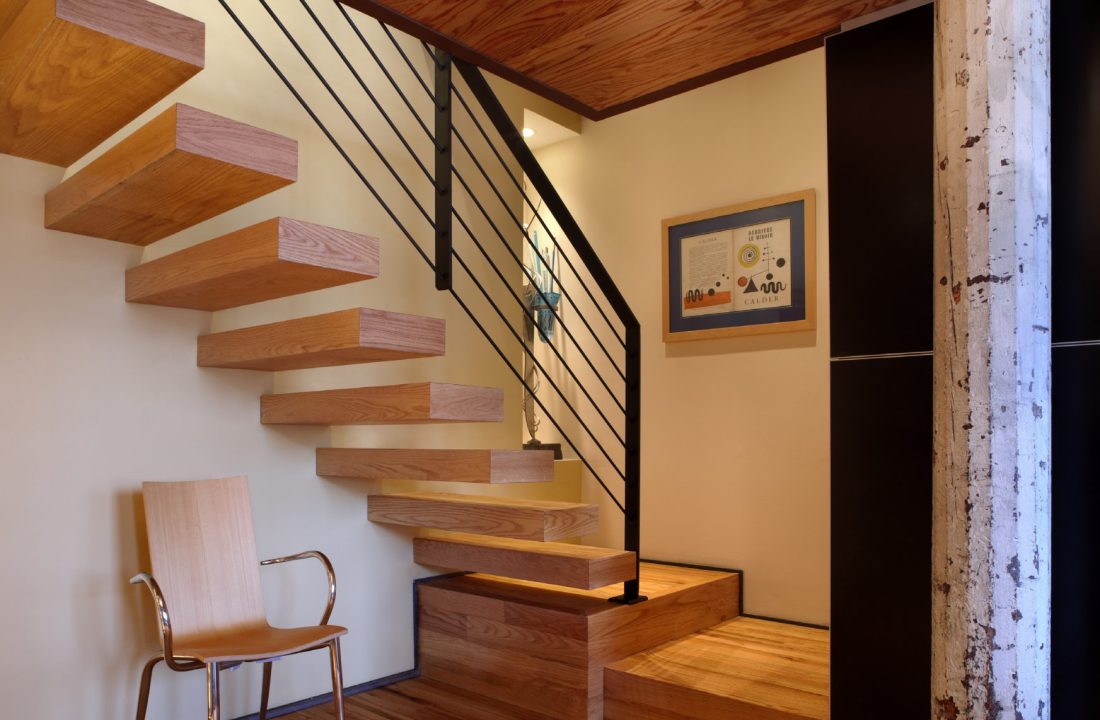 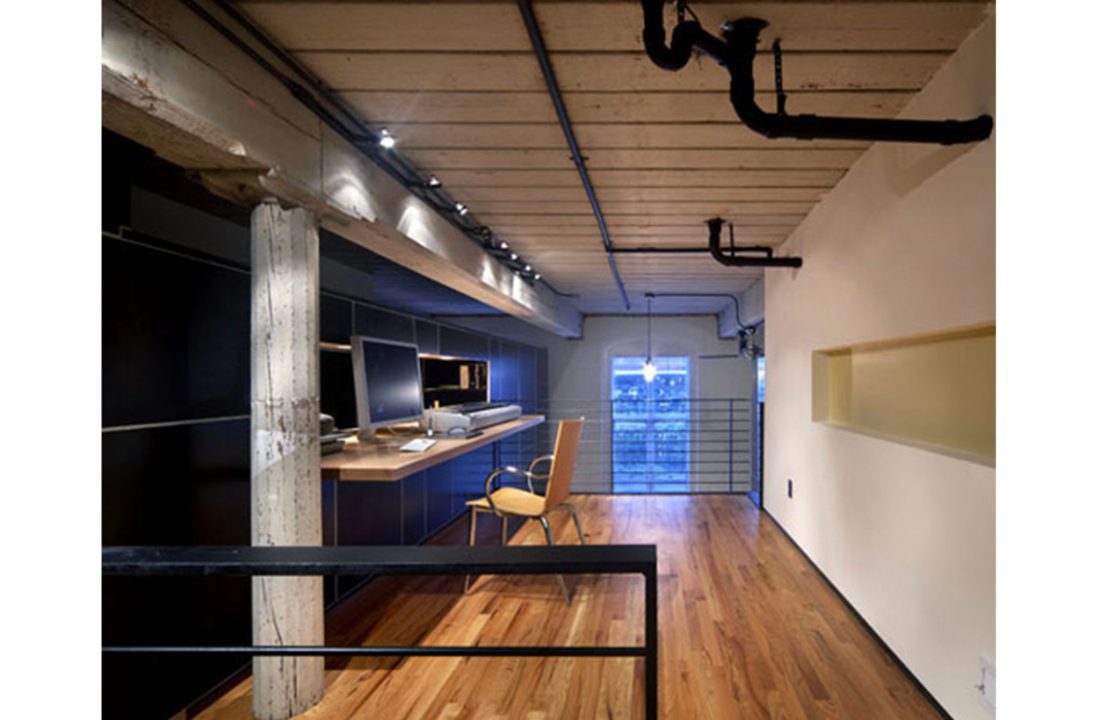 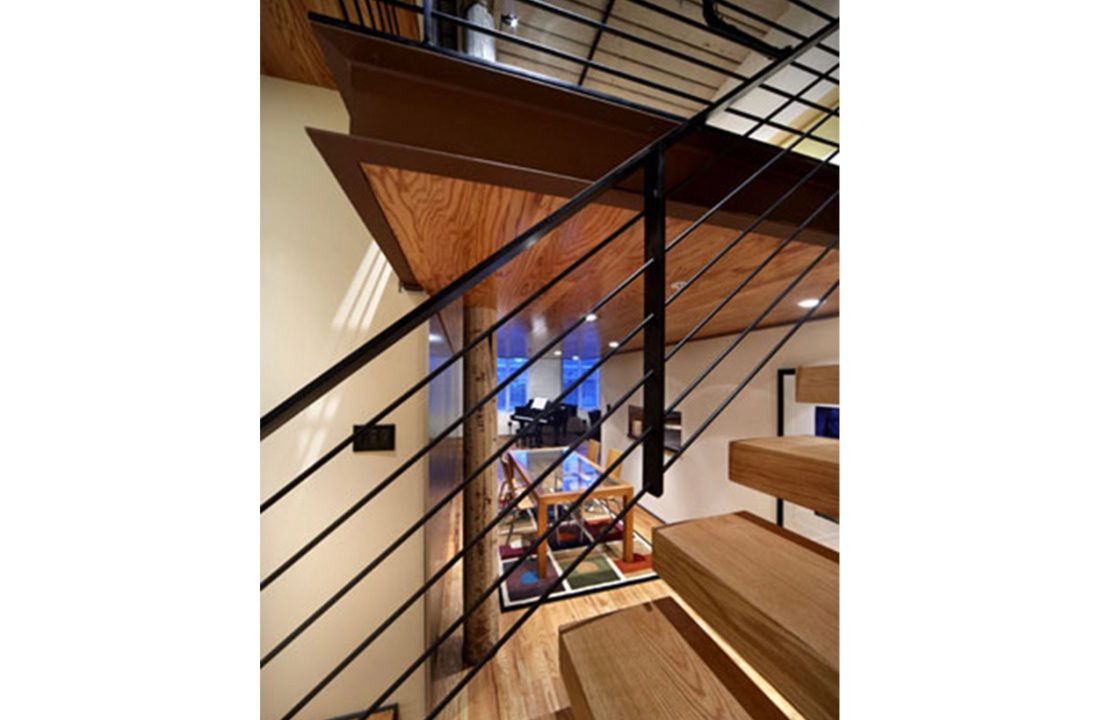 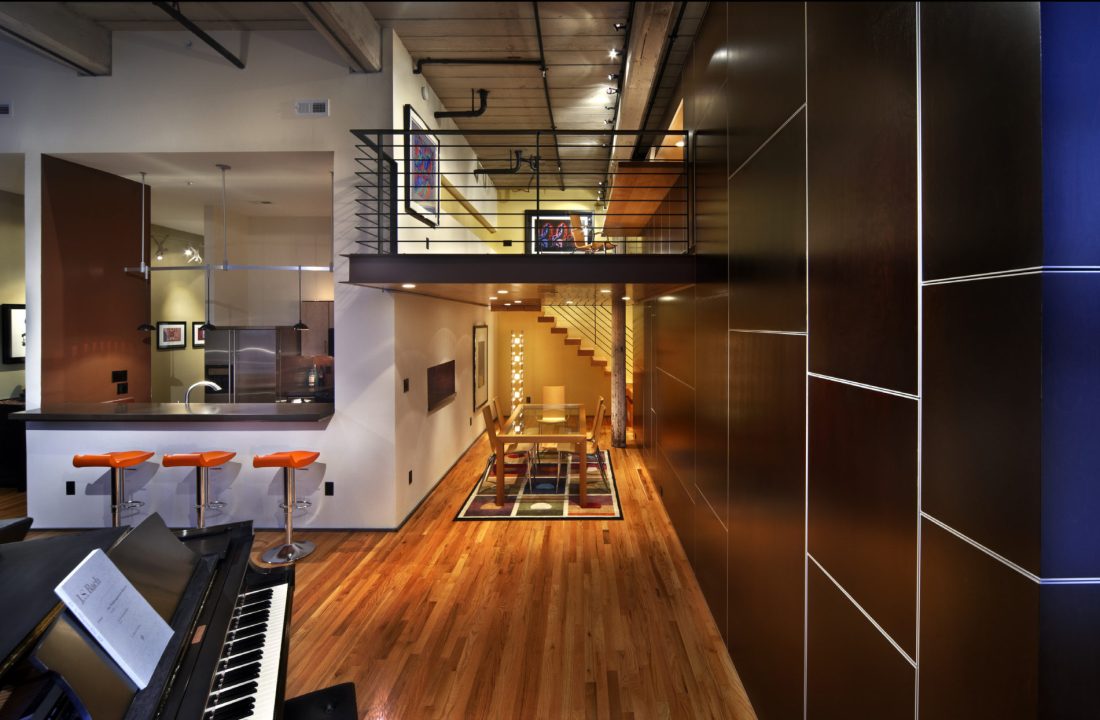 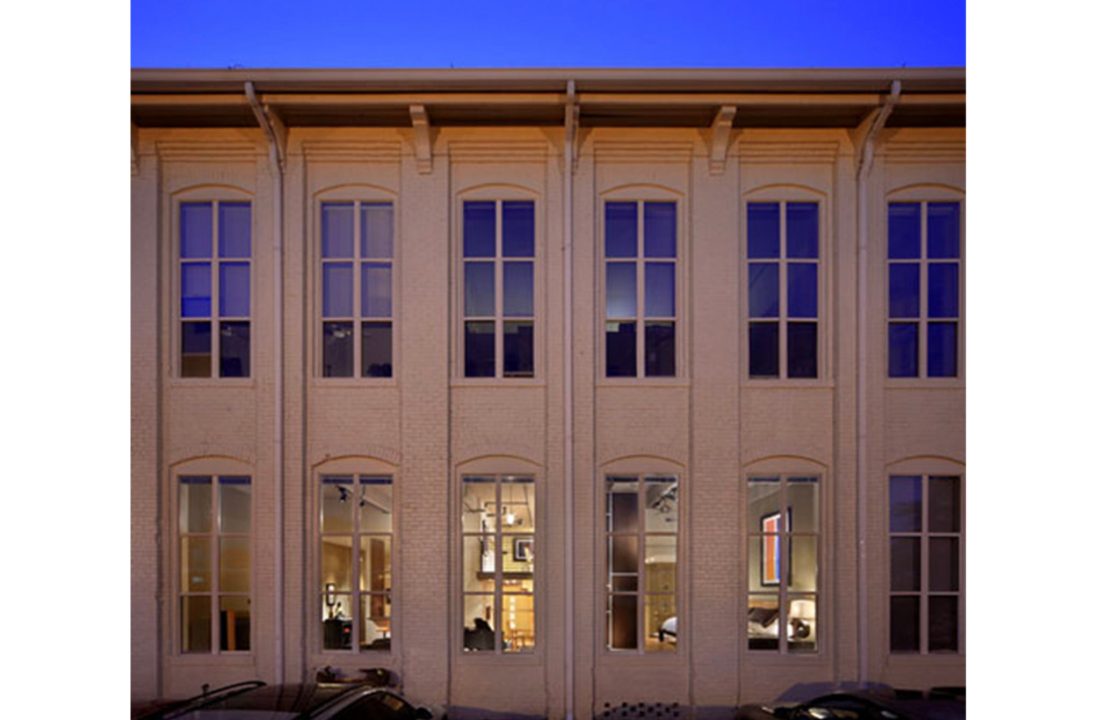 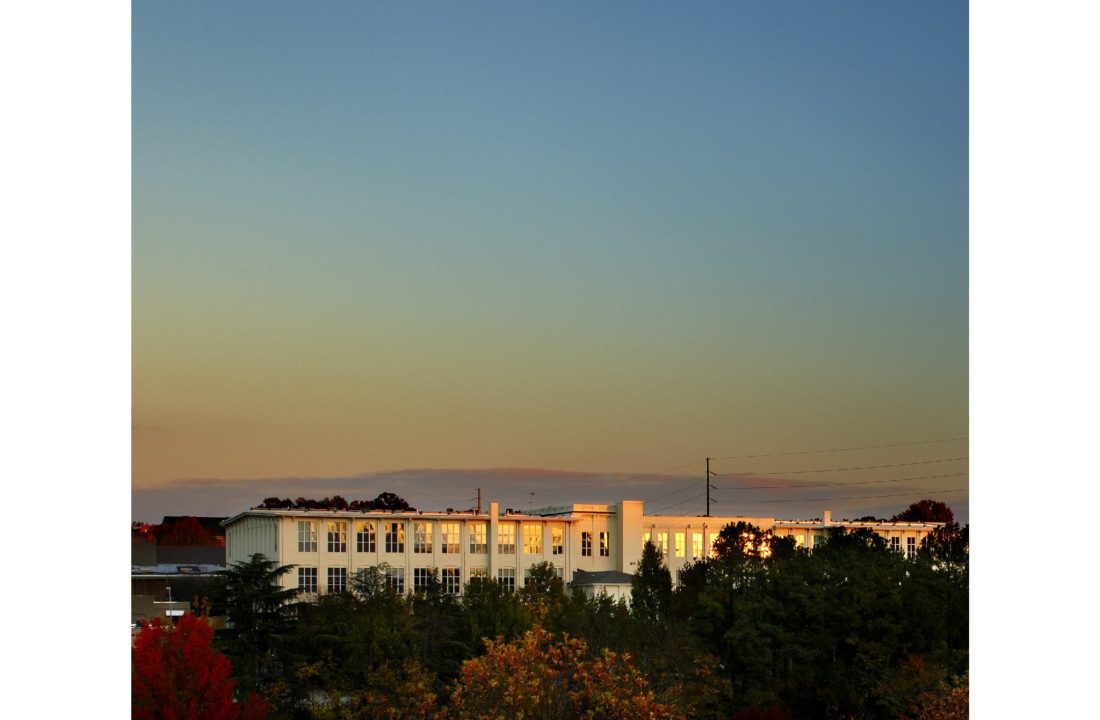 Downtown Raleigh’s historic Cotton Mill was originally constructed in the 1890’s.  The building housed several industries over time and was eventually converted into Raleigh’s first downtown condominiums in 1996.  This project is a renovation of a single unit.

One of the greatest challenges was to respond to the character of the late 19th century industrial building and to address the client’s contemporary design aesthetic.  The existing two bedroom layout did not meet the needs of a family of four. The original kitchen located at the rear of the unit now houses a bedroom loft. The spatial concept was generated by a need for an additional bedroom, increased storage, and most importantly, the introduction of daylight in the kitchen and living room, the shared spaces where the family often gathers together.

Original paint on the brick and the columns is left in place to juxtapose the original structure with a modern installation, formally objectifying and accentuating its character.