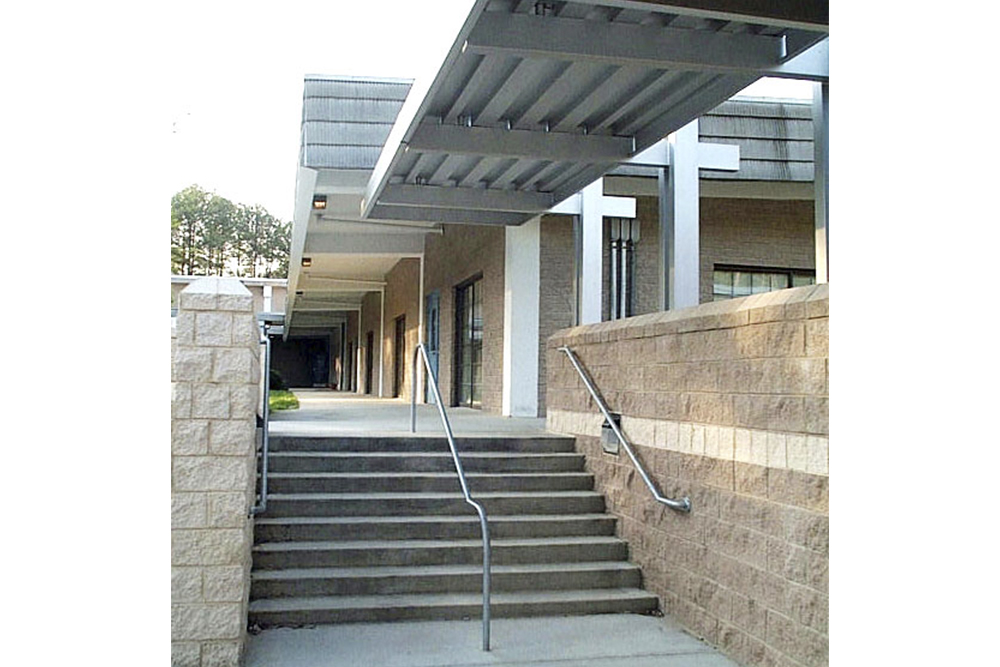 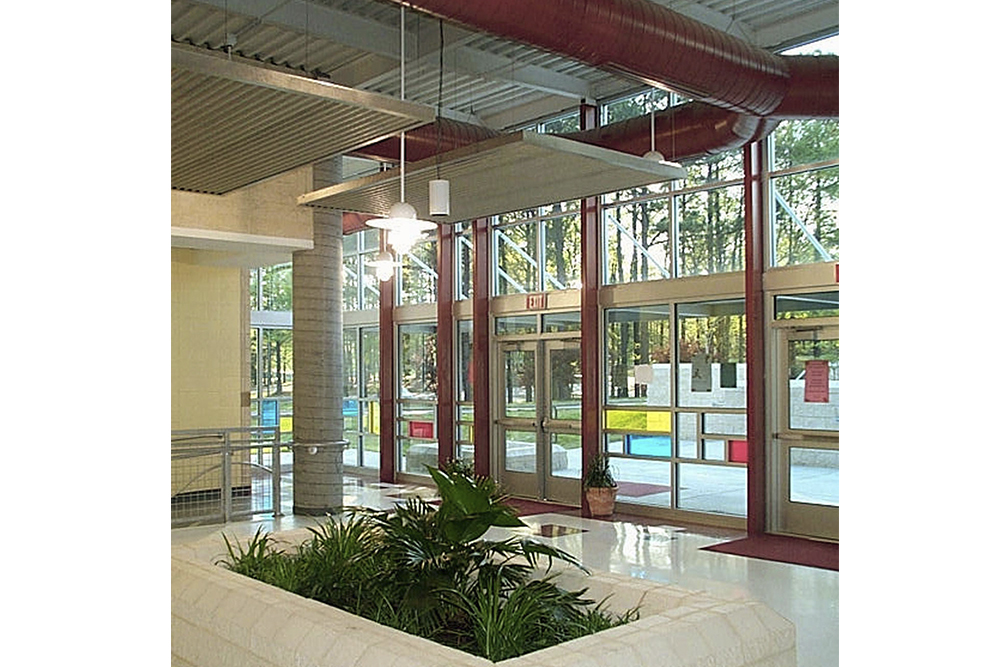 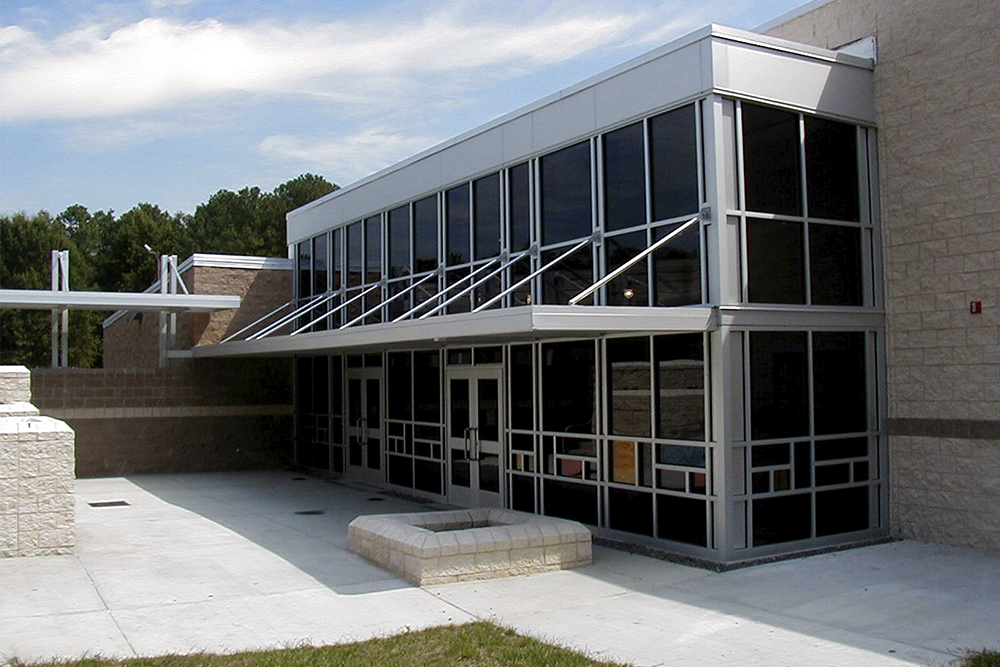 Creedmoor Elementary was built in 1975 as an open classroom, team teaching school.  Since that time the spaces were divided with partitions to form self-contained classrooms.  In the process, a number of dead-end corridors were created and in violation of the North Carolina Building Code.  The original building was built with pre-cast concrete columns, beams, and roof system.  As a result, none of the walls and partitions are load bearing and can be removed and replaced easily. The existing media center and cafeteria / kitchen were of adequate size to serve 800 students, in addition to classrooms being too small.  The space for administration / guidance was also inadequate.  The design concept was based on the NC School Planning Board’s recommendations. In addition to constructing open, efficient and inviting circulation and learning space for the kids, the design also preserved the existing playgrounds and drainage systems allowing for maximized the use of the existing site.